So, I started my very first homebrew last Wednesday. My inaugural ale is an Autumn Amber Ale that came with the kit I purchased through Groupon. I cracked open a Short’s Sustenance and got to steeping some grains in my the chili pot I borrowed from my dad. Added some hops and some honey (mid-boil for flavor and again at the end for aroma), and I was ready to move on to the next step. I chilled the wort by using ice in my top-off water. So far, so good.

I went to take a hydrometer reading, but got my finger into the wort, and then kinda freaked out cause I knew that the beer shouldn’t come in contact with contaminants. I forgot to actually take the reading. Oops. After the internet assured me that I was OK, I pitched the yeast

After this, I fit the lid with the airlock and put it all in place. I took it into the man cave (read: basement) and propped it up on some cardboard so it wasn’t sitting on the floor. Temperature read 54 degrees at this point, due to the ice. The next day it was up to 60. The day after that, it was still around 60. So, I took it out of the basement, and brought it into the half-bath, since it has an open space next to the sink just about the same size as the pail. The temperature slowly raised over a couple days, getting up to 68 degrees a couple days ago. However, no bubbling or signs of fermenting.

In a move of desperation, I visited Cap-N-Cork Homebrewing Supply to see if I could get assistance.  According to the wise old monk who I spoke with, there was a chance I used water that was too hot when pitching my yeast, or the wort had not cooled before I pitched it. Simple solution: Pitch again. I went to take a hydrometer reading before pitching again, and was shocked to see a thick head of foam on the top of the wort, and it smelled like beer! So, a full week after the initial pitching of the yeast, I finally got activity. I wanted to take a picture, but I already put the lid back on. Now that the nervous moment has passed, we’ll see how this turns out. 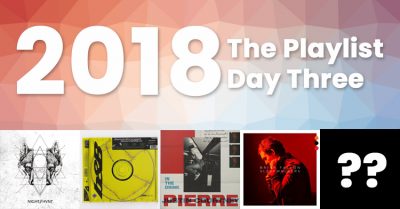 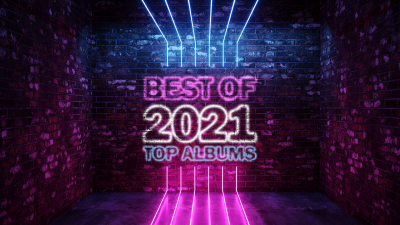 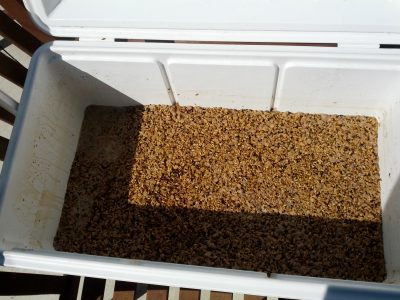