This list was supposed to be a top 10, and then I really wanted #11 and #12 to be more than just an honorable mention, and I couldn’t just add one because you can’t have an odd numbered list, so here we are counting down my top 12 favorite albums of 2020. Let’s get rolling:

I know that they never officially said when or if they were ending Alkaline Trio when Matt Skiba joined blink-182, but you always get a little worried, you know? So then it’s nice to see the Trio rear their head every once in a while, even for just an EP. This trio of songs feature two tracks with bassist Dan Andriano taking the lead, and I always love a good Dan-led song.

According to my Last.fm account, I listened to more Goldfinger in 2020 than I did in every year from 2009 to 2019, with the exception of 2017 when they released the surprisingly good album The Knife. There were two main reasons for this. The first reason was the band’s series of quarantine videos they released on YouTube in the early days of the pandemic. The second was the release of Tony Hawk 1+2 earlier this year, which caused a huge resurgence in plays for “Superman”. This all turned out to be pretty good publicity for the band, as they then put out a new album at the beginning of December. It’s a fun album, which ranges from pop-punk to ska, in true Goldfinger fashion. I still love that the band is just Jon Feldmann’s All-Star Friends these days, and Mike Herrera even gets some lead vocal parts throughout the album. Give it a listen if you want something to bounce along to.

10. Bright Eyes – Down in the Weeds, Where the World Once Was

Given the musical proclivity of Bright Eyes’ frontman Conor Oberst, you might be as shocked as I was to realize that the last full album bearing the Bright Eyes moniker had been released in 2011. Since then, he’s released a ton of other music under his own name, his name plus The Mystic Valley Band, Desaparacidos , and Better Oblivion Community Center. Even without Bright Eyes in the regular rotation, we’ve still gotten an album out of him practically every year. While many bits and pieces come close, nothing has ever scratched the same itch for me as Bright Eyes itself does, and now I think it’s the rest of the band that really does it for me. I can’t stand early years Bright Eyes, where the vocals sound like Conor is explicitly not singing into the microphone, but once he started taking a more folksy turn with albums like Fevers and Mirrors, Lifted, and the critically-acclaimed I’m Wide Awake, It’s Morning, I got onboard the train. Although, the electronic stuff never hit right with me. Once he dons some Southern-inspired twang, that’s when I go all-in on Bright Eyes. Cassadaga is one of my favorite albums of all time. This album feels to me like both the culmination of everything before it, and also Cassadaga: Part II, not in a way that detracts from it. It’s got toe-tapping pop vibes, soul-wrenching songwriter hooks, folksy melodies, and flirts briefly with electronica in a way that accompanies the rest of the album. Maybe nine years away is what the band needed to recharge, but it led to an great return to form.

Bonus: “Pan and Broom” shares its chorus hook with the Strong Bad classic “The Cheat is Not Dead“

This EP is made up of songs that didn’t make the cut for last year’s banger of an album, Morbid Stuff, one of my favorite albums of last year. It’s incredible that an album that had so many good songs still managed to have another half of an album worth of good songs. These songs carry the same vibe as last year’s tracks, largely dealing with a lot of the same themes (death, despair, defeat, etc.). It’s a raucous, high-energy blast through distorted guitars, gang vocals, and blast beats. Even their B-sides are A-sides. 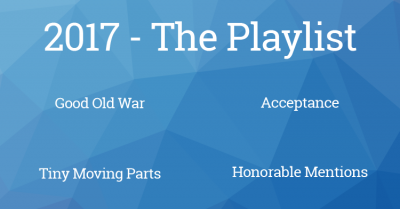 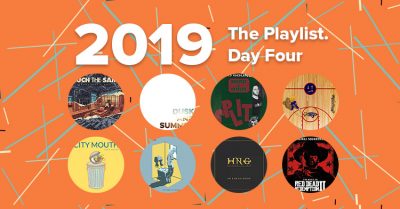 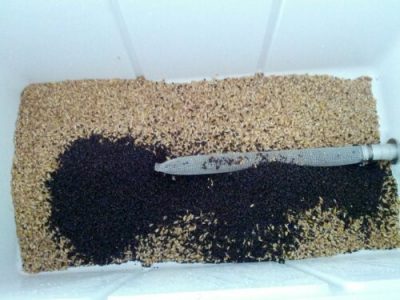