In the past year and a half or so, I’ve spent time getting way in to professional wrestling again. So, when this track popped up, I was intrigued. The story behind this track is that after the 2015 release of The Mountain Goats’ album Beat the Champ, Sasha Banks (current WWE wrestler) tweeted at them asking for a song about her. So they did their research, and three years later, they delivered. I like this song, I like the story behind it, but what I like even more about it is that it made me go back and listen to Beat the Champ, so really this song is on here as a surrogate for how many times I listened to  Beat the Champ, and finally listened to Frank for telling me I should listen to The Mountain Goats.

7. Michael Cera Palin – “If It Makes You Happy”

Full Disclosure: This band name sucks. Holy shit it sucks so hard. However, the EP they put out this year was pretty rad, and it had this really great cover of the Sheryl Crow classic. The band also broke up this year (probably because their name sucked, but who knows). Definitely worth a listen.

Joyce Manor is one of those bands that always shows up in the lists of “You Like Band X, so you might like these other bands…” for me, and while I popped in to a few of their albums, nothing had ever really latched on to me. Their latest album, Million Dollars to Kill Me, finally sunk its hooks in. All the songs are sub-3 minutes, so it’s a real easy listen. I also pick up a bunch of hints of old songs in it. Weird stuff like “Bus Stop” by The Hollies or “Is She Really Going Out With Him?” by Joe Jackson. Regardless of the old school vibes, it’s still a great modern emo listen.

The fact that Underoath released a greatest hits album called “Play Your Old Stuff” says a lot about what era of the band resonates the most with fans. When it comes to Underoath, I’m pretty firmly in the They’re Only Chasing Safety camp, but this year, they won me back with Erase Me. “On My Teeth” was released as the first preview track for the new album and hooked me from that moment. This track just rips through with raw emotion, and is so fun to listen to. This was one of my top spring/summer jams.

I know, this album is far from perfect. Some say it’s not even good. I know that Chris Conley is singing about experiences the band had, even though everyone else in the band from those eras has since left. I know that the Penny Lane medley is a way better medley than the closing track on 9. I know Chris Conley forgot the words to “At Your Funeral” at the show we went to in support of this album. I know all of these things, but I still listened to this album a fair bit, and really dug this song. The whole album has a throwbacky vibe to it that works sometimes better than others. At least Chris committed to the gimmick and wore the stupid sunglasses and jacket on tour too. 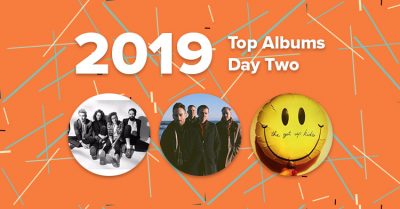 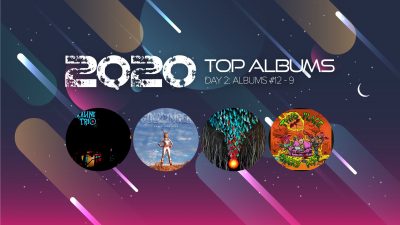 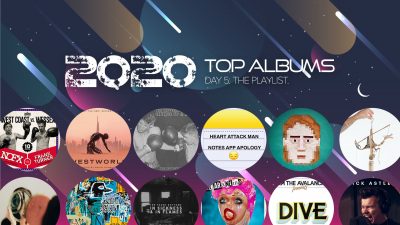